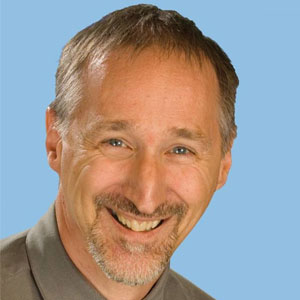 Michael Barrett, Board Member, Co-Founder & CEO
Michael Barrett’s seven-year stint as PayPal’s first CISO, preceded by a security strategy expert role at American Express, helped him discern the importance of a resilient defense framework for businesses trying to defend their web, API, and mobile applications from sophisticated, multi-vector DDoS attacks. Barrett draws a clear distinction between the traditional DDoS attacks that target the infrastructure layer and DDoS attacks that target applications. He puts it into perspective as, “While infrastructure-level DDoS attacks are engineered to overwhelm the IT infrastructure by sheer brute force in large numbers, application-level DDoS attacks are subtle in the sense that they revolve around the reasonableness of a transaction and its resemblance to a real transaction on an actual application.”

To fill in this void left by traditional security solutions and fraud tools toward addressing the issues associated with unwanted traffic and automated cyber attacks, Barrett co-founded Stealth Security. Today, Mountain View, CA-based Stealth Security’s forte lies in delivering enterprise grade security products that fortify an enterprise’s DDoS defenses by detecting and thwarting application layer seven DDoS attacks in real time. “For instance, a business that normally attracts 100 transactions per second, suddenly might have to deal with 500 transactions and to help them figure out those 100 legitimate transactions from 400 fraudulent ones is the name of the game we help with basically,” explains Barrett.

Stealth Security delivers infrastructure-and application-level DDoS defenses that enable enterprises to methodically detect and mitigate credential exploitation and hit-and-run assaults such as personally identifiable information (PII) thefts. The firm’s purpose-built web security platform comes equipped with a detection and mitigation framework to defend against automated cyber attacks. This rapidly scalable platform has been designed to continuously monitor the web, mobile, and API traffic and detect the “out of pattern transactions” that arrive on a website and classify them as automated or manual.

While the Detector performs real-time analytics on the network traffic, the Mitigator serves as an open platform that reshapes the transaction arriving at the client’s site, by rate-limiting, deceptively mitigating or blocking them. Barrett describes the detector component as a “Security Operations Center Analyst (SOCA) in a box” that scans every single transaction, baselines the normal transaction patterns, looks for aberrant behavior such as large spikes in transaction levels and then detects the intent behind that group of transactions.

In one instance, the firm deployed their detection solution for a client and helped them diagnose the server issues they were experiencing due to a huge spike in their traffic. After identifying the surge in application layer requests as malicious, the DDoS mitigation experts at Stealth Security enabled the client to deflect the application layer attack and restore normal services. “We spend a lot of time trying to figure out ways to stop malicious attacks on enterprise IT infrastructure and applications, to ensure that the criminals themselves don’t really realize that they’ve deflected,” states Barrett.

Going forth, Stealth Security wants to evolve the capabilities of their DDoS defense solutions while serving as a one-stop-shop for CISOs who want to protect their web properties. “You never sell a platform, what you sell is solutions to problems and over time the set of solutions that we offer to our customers, all in the general domain of protecting their web properties, will increase,” concludes Barrett. 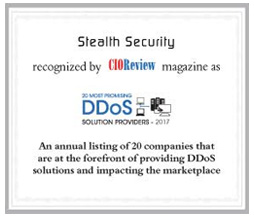