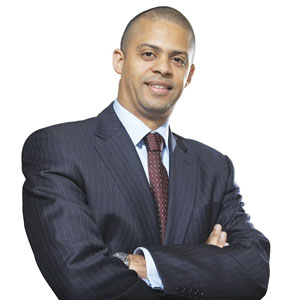 François Locoh-Donou, Director, President & CEO
Living in an era of technological brilliance has effectively aligned reality with imagination, albeit feeding power to the nefarious cyber adversaries. The enormity of cyberattacks through an organized distributed denial of service (DDoS) has destabilized the global economy, with perpetrators becoming more sophisticated, and their means more complex, and menacing with each passing day. Quickly discovering and stopping these threats has become immensely critical for service continuity and limiting damages; this is where F5 Networks’ [NASDAQ: FFIV] constructive, adaptable, and easy-to-deploy solutions are making all the difference. F5’s products enable faster response time, no matter what type of DDoS attacks the user experiences. The company offers solutions, which defend against the full spectrum of DDoS attacks with a flexible deployment methodology fortifying the organizations from vulnerabilities.

The traditional solutions have often let down the legitimate users, with their defense of block holing, their insensitiveness toward SSL traffic, and their dependency on placements in the network. Different types of attacks are obstructed in distinct ways, and F5 provides a solution, which protects their customers from every possible attack. F5’s advanced solution detects and mitigates multi-vector DDoS and ensures the application remains available without any hindrances. F5 provides safety against multi-layered defense and application-targeted volumetric attacks with its powerful solutions—Silverline DDoS Protection and DDoS Hybrid Defender. These solutions offer a natural approach to ensuring protection for both data center and application, allowing the companies to take a proactive stance when it comes to countering attacks demanding ransom. The BIG-IP platform, a blend of software and hardware gives its customer an ability to control the traffic that passes through their network. F5’s solutions create better awareness of security and stimulate a stronger resistance toward the evolving DDoS attacks.

Under François Locoh-Donou’s helmsmanship, F5 Networks has understood the role of DDoS protection for their clients and do not claim to solve all their problems, but devise a plan to pinpoint the faulty areas and suggest quality solutions.

F5 offers an organized customer portal on the Silverline platform which provides a unique and detailed report that compares the system before, during, and after a DDoS attack

Silverline DDoS Protection delivered via the Silverline cloud-based platform lays out a vision to track and mitigate high-volume traffic clogging and stealthy attacks, which are capable of taking down the entire network. The service protects businesses from application-related attacks in real time and defends them from attacks even reaching up to hundreds of gigabytes per second. The Silverline DDoS protection also provides L3-L7 protection with cloud-scrubbing technologies, which return clean traffic to the host’s site. F5 offers an organized customer portal on the Silverline platform which provides a unique and detailed report that compares the system before, during, and after a DDoS attack.

Line2, a cloud phone service required consistent uptime for its small business customers. After repeated failures with various DDoS mitigation providers, Line2 sought F5’s Silverline DDoS protection. Once incorporated, Silverline provided stability and security and strengthened the business capabilities of the company. Line2 is now harnessing the potential of cloud-based Silverline DDoS Protection and has gained an extensive cost-cutting and swelling support and trust amongst their clients.

IoT devices are increasingly becoming modern cyberweapons; for instance, botnets that are built exclusively from IoT devices are piling the infrastructure for a future darknet. F5 labs have set their vision of tracking these billions of connected devices across the world and stalk the most exploitable IoT devices and they also have plans to have a DDoS strategy in place, which can protect their customers from the potential dangers of IoT devices. 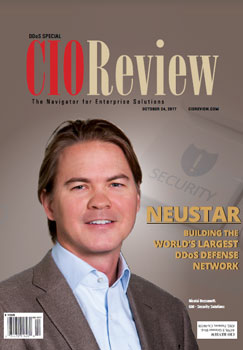